Abortion has been legal throughout the United States ever since the Supreme Court set a precedent in 1973 with the famous Roe vs Wade landmark sentence, based on the constitutional right to privacy. In the first three months of pregnancy, no state can impose a restriction on this right. 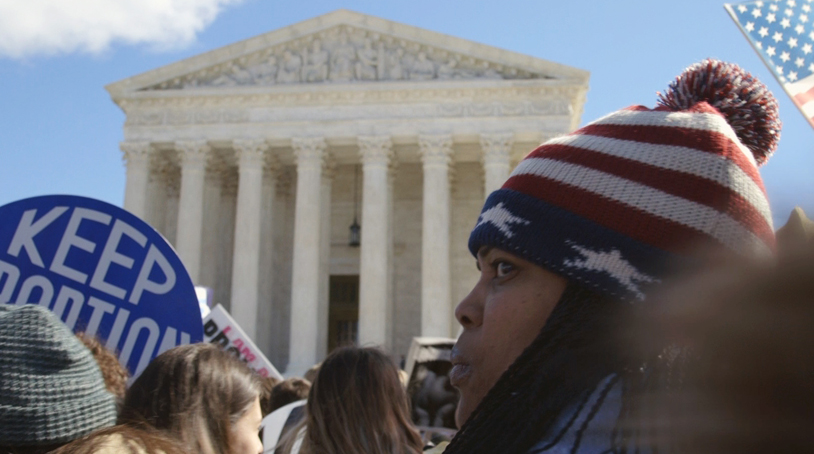 However, recent years have seen a proliferation of the so-called TRAP laws, a series of regulations created specifically for abortion clinics under which they are required to make hugely expensive renovations or acquire admitting privileges in nearby hospitals, requisites that have driven many of them to closure.

In June 2016 the Supreme Court once again pronounced a judgement defending the right to abortion and against these legal ruses. But pressure from the anti-abortion lobbies is growing, particularly in the Bible Belt states of the American Southwest.

Pressure from the anti-abortion lobbies is growing.

In this part of the country there is a discernible legacy dating back to times of slavery and the Jim Crow laws, which enforced the racial segregation of black and white people in public schools, transport, restaurants, public toilets, etc. These laws remained in place in a number of states and towns until the mid 1960s.

In the state of Mississippi, of which Jackson is the capital, it is estimated that almost 19% of the population lives below the poverty threshold, and around 37% of its inhabitants are black. For their part, black women have the highest rate of unplanned pregnancies in the country, often as a result of poverty, added to lack of education and access to contraceptive means. On the other hand, religion and social conservatism have a strong influence in the region, also on the black and poorer sectors.

Some years ago Mississippi had 14 abortion clinics. Today there are none.

Some years ago Mississippi had 14 abortion clinics. Today, due to the pressure of the self-labelled “pro-life” groups and the TRAP laws, there are none. They are being replaced by what are known as Centers for Pregnancy Choices, run by white, middle-class, anti-abortion Evangelists.

These Centers for Pregnancy Choices pounce on the vulnerability of women faced with unplanned pregnancies, and who have no easy access to health care and education, to advise them while providing them with moral and spiritual accompaniment and supervision during pregnancy. They even give them gifts and assistance for the early months of upbringing. They also warn them not to use contraception and that the only way not to get pregnant is to abstain from having sexual relations.

As is evident in Jackson, in the Bible Belt states, where racial margination and poverty live side by side with Evangelist and ultra-conservative movements, laws and sentences are insufficient to guarantee the constitutional right to the voluntary interruption of pregnancy.