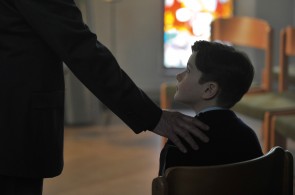 The film By the Grace of God (2019), directed by François Ozon, will close the festival on April 12th, in a night where the Palestinian director Annemarie Jacir will receive the Human Rights Film Festival Award.

The Festival will run from April 5-12 at the Victoria Eugenia, main hub of the event, and in various other parts of the city.

There is a season ticket (22€) for all the Victoria Eugenia sessions, that can be bought online and at the theater from Thursday March 28th at 11:30. The tickets will be on sale from the same day (4,50€).