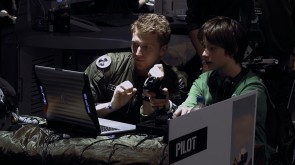 Drones: machines for good and/or evil?

Documentary on the human consequences of the North American “drone war” through the testimonies of their victims in Waziristan (Pakistan) and of the pilots who handled them. From the recruitment of youngsters at video-game conventions to the moral considerations of the engineers who designed them, Drone looks at the new face of war as it takes to fighting from a distance. Drones are machines that can find, set their sights on and eliminate people in very distant hostile lands.