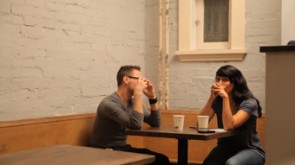 Restorative Justice for violence against women

One balmy night 22 years ago, 18-year-old Attiya Khan ran for her life from her boyfriend, Steve, who had been abusing her daily. Years later Attiya asked Steve to see her. She wanted to know what he remembered of their relationship and if he was ready to take responsibility for his abusive past. This emotionally upsetting encounter, filmed by Attiya with Steve's permission, is where the documentary begins. A Better Man also a way for Attiya to deal with her trauma and an important point of departure for Steve.