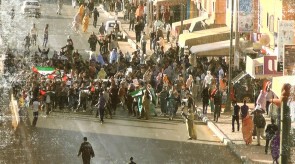 The members of video activist group Equipe Media, from Western Sahara, fight to keep their cameras. This is a story about breaking an absolute censorship with unique footage from an area where the Moroccan authorities have managed to implement a near total media blockade.