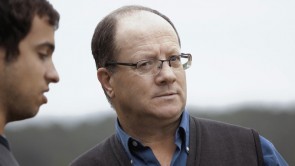 Pederasty in the Church

Shootball tells the story of Manuel Barbero, father of a sexual abuse victim, and Joaquín Benítez, the pederast who abused Manuel's son and 20 other children.

The film chronicles the largest sexual abuse scandal of minors in Spain. The events took place in various Marist schools in Catalonia. Although thirteen pedophiles were exposed as a result of 42 formal accusations, Shootball focuses exclusively on the testimony of Joaquín Benítez, the Marist pedophile who for 30 years abused more than 20 children. For the first time in a documentary, a pedophile confesses the sexual abuse he has committed and tries to explain his reasons in a psychological and highly emotional story.

The documentary also follows another key figure, Manuel Barbero, a courageous father who was responsible for bringing the Marist case to light and Benítez before the courts.