Agriculture is increasingly removed from the local source of supply and controlled by multinational companies. These large corporations influence both consumer demand and the way in which food is produced, with most food now grown, raised and processed thousands of kilometres from where it is consumed. 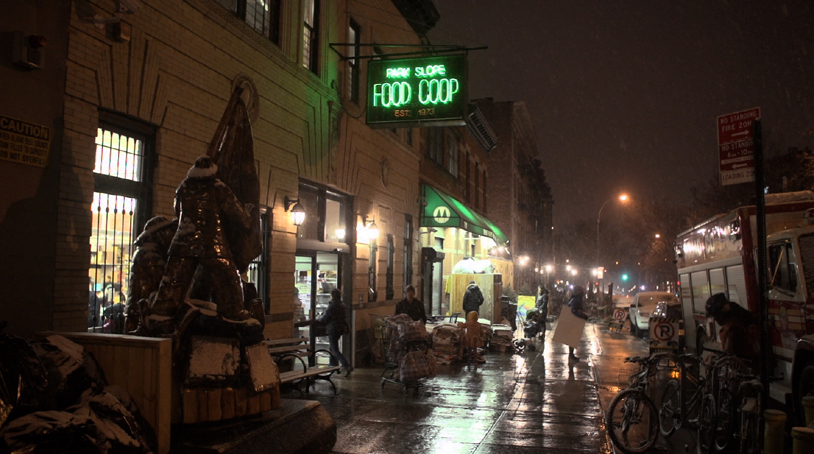 In fact, it is the international market that decides what foods are produced, and large supermarket chains shape our eating habits and limit access to products in order to maximise profits. Indeed, what goes into our shopping basket is limited to what distribution companies stock on their shelves – nearly always sourcing food from far away, often using exploited labour and plundering our natural resources.

These are the principles behind the rising movement of people coming together to support local.

Farmers produce inexpensive raw materials in large quantities so that companies can then process and market the food. But production cannot be determined by price alone. Production and consumption must be sustainable, environmentally sound, and guarantee rural employment. These are the principles behind the rising movement of people coming together to support local, organic, environmentally and socially responsible foods sold at a fair price and without the involvement of middlemen.

Euskadi, which enjoys a deep-rooted culture of community work, known here as auzolan, is now seeing the rise of self-managed supermarkets based on collaborative economy and shared labour. The Pamplona-based cooperative Landare (with more than 3,600 member families), Labore Oarso (serving over 600 members in the Oarsoaldea region), and Otsokop in Bayonne (with some 450 member families) are just a few examples of a new approach to food production and consumption.

Cooperative supermarkets are an alternative for those who have set their sights on new models of distribution, social economy and food sovereignty, beneficial to both consumers and producers.

Cooperative supermarkets are an alternative for those who have set their sights on new models of distribution, social economy and food sovereignty, beneficial to both consumers and producers. The relationships of power between multinationals and citizens are turned upside down.

In other words, above and beyond the demands of markets and companies, the people who produce, distribute and eat food should be at the centre of food policy. Only too often are farmers not paid enough by the companies to cover their true production costs while distributors shockingly increase their profit margins.