The Universal Declaration of Human Rights (adopted 70 years ago) expressly prohibits torture and other cruel, inhuman or degrading treatment or punishment. This prohibition enshrined in the Convention against Torture is mandatory and was signed by Spain in 1985. 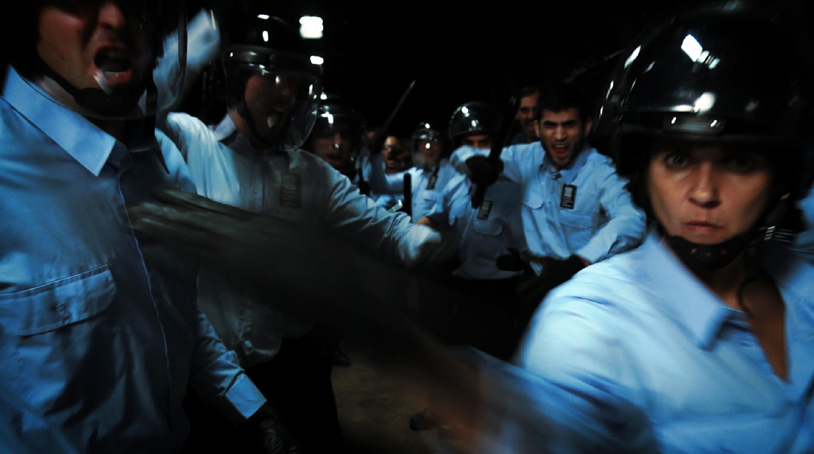 However, in the Spain torture has not been recognized or investigated, according to the final report on torture and ill-treatment in the Basque Country between 1960-2014, commissioned by the General Secretariat for Human Rights, Coexistence and Cooperation to the Basque Institute of Criminology. Moreover, the document concludes that when tortured persons have dared to denounce, the institutions have not shown a commitment to investigate and eradicate torture. And hundreds of complaints have been filed.

Organizations and associations such as Amnesty International, the Coordinator for the Prevention and Reporting of Torture, United Nations agencies and the Council of Europe have demanded measures to prevent torture in Spain, although with no effective response from the central government.

Institutions have not shown a commitment to investigate and eradicate torture.

The European Court of Human Rights has repeatedly condemned the Spain for not investigating allegations of torture and ill-treatment (up to nine times in recent decades). According to the cases brought before the court, the investigating judges do not directly listen to the claims by the person who made the report or limit themselves to examining the forensic reports without pursuing any other evidential activity.

Some of these international organizations have not been able to evaluate the practice of torture in Spain because, as they have indicated, it has not been effectively investigated according to international standards. Not investigating means that there is no justice or reparation for the victims and impunity for the perpetrators.

Not investigating means that there is no justice or reparation for the victims and impunity for the perpetrators.

Despite the systematic denial of ill-treatment and torture by the authorities, the courts have established that torture has been practiced by members of the State security forces. And, although few, there have been convictions: of the 4,223 complaints identified in the report commissioned by the Basque Government, only 20 have obtained a conviction, and 43% of those who claimed to have been tortured were later exonerated for the alleged crimes.

The government has pardoned 60% of the people found guilty by the Supreme Court, even when they have repeatedly tortured. In fact, the UN Human Rights Committee has reproached the Spanish government for granting pardons to security forces condemned for torture, which in the view of the Committee, contributes to a sense of impunity. The Committee against Torture has also condemned Spain for these pardons and for not offering reparation to the victims.