WHEN I SAW YOU 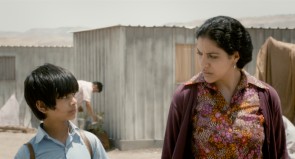 The hope of being able to return to Palestine one day

Tarek is 11 years old and lives in a refugee camp in Harir, Jordan, with his mother Ghaydaa, far from his father and from his land. It's 1967 and the Six-day War has just ended, which is why thousands of Palestine men and women have been forced to leave their homes. Tarek and his mother have just moved there and hope they'll be able to go home soon. What the boy doesn't understand is why he's got to live there and why his father isn't there with him and his mother.

Second film directed by Annemarie Jacir, a tale of adventures, love, laughs and the desire for freedom.