As a result of the labour reform approved by the Government in 2012, the situation of many chambermaids has become unsustainable. That reform opened the door to the outsourcing of their work to multi services companies, with lower wages.

Today these women can earn up to 60% less. This is because the agreements linked to multi services companies allow them to pay their workers by room cleaned rather than by working day.

Feminised jobs (those for which women are mainly employed) such as those done by the women who clean hotels (known as Las Kellys), houses or homes for the elderly, simply increase the gender divide.

Today the tendency still exists to place lower value on the work normally done by or assigned to women, meaning that they are paid less and that the discrimination they suffer remains in place. 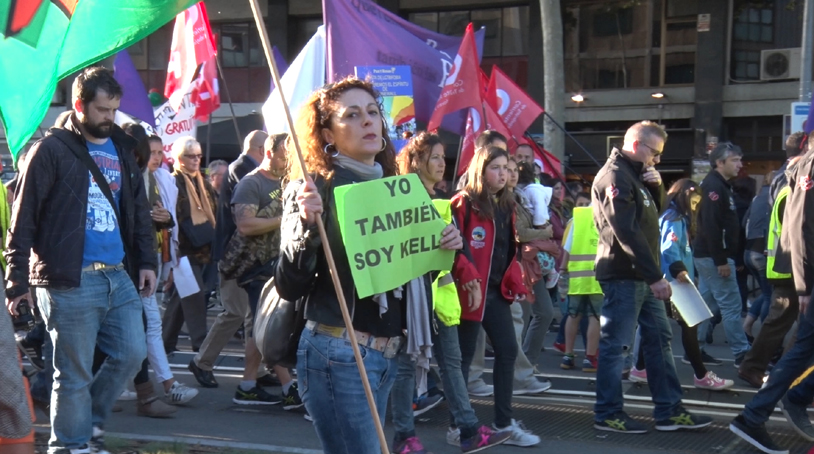