The struggle against apartheid in South Africa, a collective effort

Nelson Mandela spent more than 27 years in prison after being sentenced to life imprisonment in the Rivonia trial, taking its name from the area where 19 leaders of the African National Congress (ANC) were arrested.

Despite the fact that Mandela was the visible face of the movement against racial segregation and white supremacy, the struggle against apartheid in South Africa was a collective effort. Other activists, alongside the charismatic Madiba, were also tried for their lives, in a trial accusing them of conspiring and committing sabotage against the Government.

On 21 March 1960, in Sharpeville, a ghetto for non-whites, the police shot into the crowd which had gathered in front of the police station to burn the passes black people were obliged to carry and with which their movements were controlled. 69 people died and another 100 were injured in that peaceful protest. The reaction was more demonstrations, strikes and boycotts. The Government declared a state of emergency and banned the ANC. Almost twenty thousand people belonging to African associations were imprisoned after the Sharpeville massacre.

The killing made it onto the front pages of international newspapers. And six years later, in its memory, the United Nations General Assembly established the 21 March as International Day for the Elimination of Racial Discrimination. 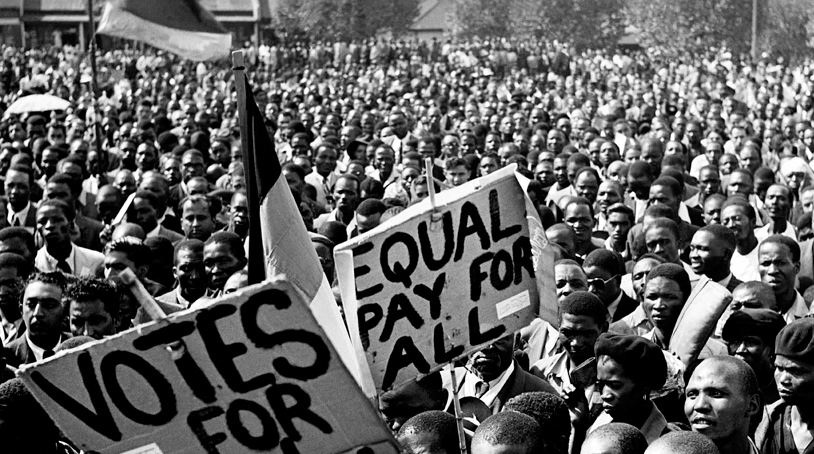 Film:The State Against Mandela and the Others