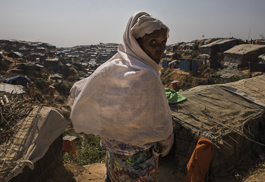 Photography exhibition on the world’s biggest refugee camp, home to the Rohingya minority, one of today’s most forgotten populations.

Victims for decades of persecution in Myanmar, in August 2017 they were the objective of a violent military operation meted out by the Burman security forces, causing the biggest exodus in the history of that community. Now, more than 900,000 Rohingyas scrape by as best they can packed into precarious settlements made with bamboo poles and sheets of plastic in the Bangladeshi district of Cox’s Bazar.

Because this number conceals persons and stories that don’t deserve to be forgotten, this exhibition and the 360º video seek to put you in their shoes.

Women of the Congo. The road to hope – Isabel Muñoz 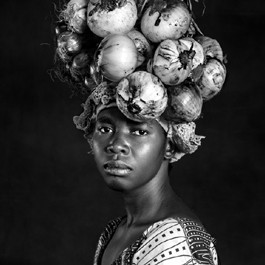 Isabel Muñoz, National Photography Award in 2016 (Spain), in collaboration with the Congolese journalist, Caddy Adzuba, demonstrate the reality of the women who have survived sexual violence used as a weapon of war. Women who confront the suffering and say NO to their status as victims.

Documentary: Angalia Mzungu, on the vital and creative process of Isabel Muñoz in the Congo. Talk with Isabel Muñoz and Yolanda Villaluenga (director of the documentary).

15th edition of art and human rights by children and youths 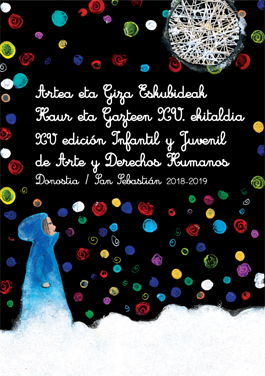 An exhibition of individual and group paintings by girls, boys and young people between the ages of 6 and 18 years reflecting on the right to play.

The competition had the participation of 2,658 schoolchildren from 39 education centres (Basque ikastolas, haurtxokos, gaztelekus, art workshops, etc.) and 13 people going it alone. All of the 1,833 works received can be seen in the exhibition, with formats ranging from A4 to 1 x 2 metres.

Awards presentation: Sunday 14 April in the Plenary Room of the San Sebastian City Hall at 12:00 midday.

UN: People on the Move 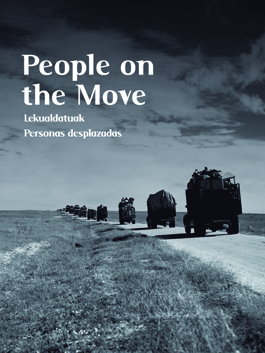 Exhibition commissioned by the UN from international men and women photographers showing the faces of people who have been forced, over the last seven decades, to leave their homes to escape from war, natural disasters or instability or in the hope of finding a better quality of life.

Today the number of migrants worldwide stands at 258 million people (approximately 3.4% of the world population), and half of them are women. This is not a new phenomenon, since the displacement of human beings has its origins in time immemorial. And we mustn’t forget that migrants and refugees make an enormous contribution both to the countries that take them in and to their native countries. 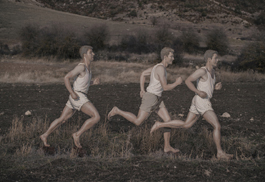 The last man on Earth is a photographic essay based on the personal hypothesis that the depopulation cannot be reversed, given that in the medium term there will be no alternative economic engine to agriculture for the rural areas affected. We can therefore perceive a future in which an increasingly greater area of the Earth’s surface will be total or partially devoid of human presence. And this tendency will generate scenarios where living in these areas won’t be as we know it today. The intention is to make an open reflection on the potential future of these areas and to look at our responsibility towards them.