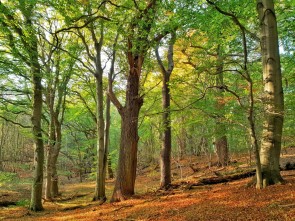 The whole world is talking about the environment, but frequently fails to listen to nature itself. In 2015 the German forester Peter Wohlleben brought out his essay The Hidden Life of Trees, where he opened our eyes to the hidden world of the German forests like nobody had ever done before. The book was published in more than 40 countries, becoming a major bestseller. This documentary looks at the figure and work of Wohlleben, accompanying him on his travels to different parts of the world and on his guided tours of forests, giving him the floor to share his thoughts on trees and nature with the spectator.