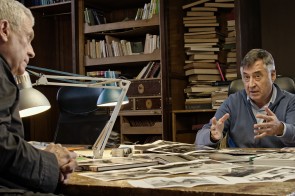 Childhood and war in Sarajevo

In the 90s, Spanish photographer Gervasio Sánchez portrayed many girls and boys during the Sarajevo siege. Twenty-five years later, Gervasio goes back and meets some of them again. What happened to their lives? What was it like to grow up after the war? The poetical aesthetic of Gervasio's black and white photographs contrasts with the brutal reality they narrate. The same happens with the memories of these people he meets, now adults: the images come to life with the stories they tell, and the spectator sees human beings affected by the war who look back on their childhood with nostalgia.