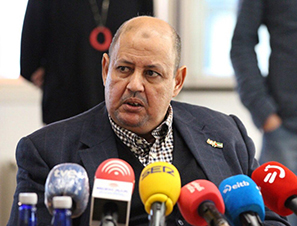 A native of El Aaiún (1964), he is currently the Sahrawi Delegate in the Basque Country. He held several positions within the Polisario Front, more recently including that of Polisario Front Representative to the United Kingdom and later to Denmark. He is the co-author, together with the Anti-Corruption Prosecutor Felipe Briones, of the book Luali, ahora o nunca, la libertad. He is also the author of several articles in Spanish and Arabic on the pillaging of Sahrawi natural resources and the legal battle to protect them.