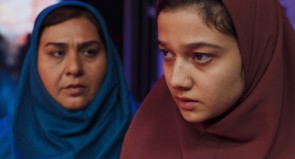 The film Yalda, a Night for Forgiveness (2019), directed by Massoud Bakhshi, will open the 18th San Sebastian Human Rights Festival, organised by the City Council's Human Rights Department and Donostia Kultura, on April 23 at the Victoria Eugenia Theatre.

The film Petit pays (2019), directed by Éric Barbier, will close the festival on April 30th, in a night where the director Montxo Armendáriz and the producer Puy Oria will receive the Human Rights Film Festival Award.

The Festival will run from April 23-30 at the Victoria Eugenia and Principal theaters and in various other parts of the city.