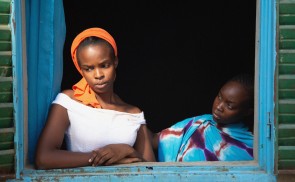 On the outskirts of N'Djamena, the capital of Chad, Amina lives alone with Maria, her only daughter, aged 15. Her already fragile and precarious world falls apart the day she learns that her daughter is pregnant. Maria won't tell her who the father is, only that she wants to have an abortion. In a country where abortion is condemned not only by religion, but also by the law, Amina sets out on a battle that seems lost before it's fought...