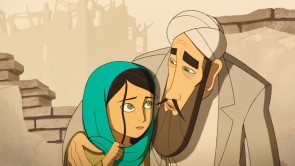 Parvana is an 11-year-old girl growing up under the Taliban in Kabul, the capital of Afghanistan. When her father is arrested, the family is left without income. Since it is forbidden for women to earn money, they decide to transform Parvana into a boy so that she can work.

The Breadwinner explores the culture, history and beauty of Afghanistan from the point of view of women. A captivating film on bravery, family ties, achievement and loyalty in times of war. The story of a heroine who arms herself with courage and imagination in the times of misogyny and violence in which she must live her life.