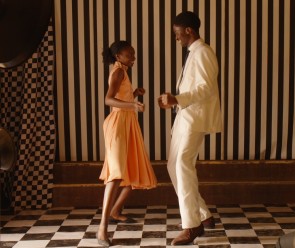 Mali and its (in)dependence from France

Mali, 1960. The young people of Bamako dance the twist to the rock and roll music newly imported from the West and dream of political change. Samba, a young socialist, falls for the spirited Lara during one of his missions to the bush. To escape her forced marriage, she secretly flees with him to the city. But Lara's husband won't let them be, and the Revolution soon brings them painful disillusions as they dream of a future together.

This time around, Marseilles' Robert Guédiguian travels to the Bamako of the sixties after The House by the Sea (2017) and Gloria Mundi (2019).