Vulnerability of the carers’ sector

Among others, the Covid-19 crisis has exposed what those who defend women's rights have been condemning for years: the low social and economic value assigned to care-giving, being as it is essential in keeping people alive. Neoliberal capitalism has displaced the value of care-giving, putting capital and profit before maintenance of life, commercialising it.

We can see it in Spain's recent labour reform, which leaves the domestic workers and carers in the sector defenceless; these are jobs occupied mainly by women, with the poorest working conditions and greatest insecurity. With 33% made up by immigrant women in an irregular situation, the other female workers in this sector who do pay Social Security (400,000) do so under a highly disputed Special Scheme. In fact, it was recently qualified as discriminatory by the Court of Justice of the European Union (CJEU), for refusing the right to unemployment benefit to domestic workers left without a job.

We are interdependent beings. In Spain as a whole 1.5 million people need home care. The Association of Directors and Managers of Social Services estimate that those who supply that home care stand at 150,000. In this service of providing care for the dependent (previously a public service which has now been privatised and abandoned to the logics of private business), the workers, largely women, have to lift hundreds of kilos, work a 35-hour week and earn €750. During the pandemic their sector was one of those most impacted, despite which Covid-19 was not recognised as a professional illness, something which the workers at health centres did achieve. 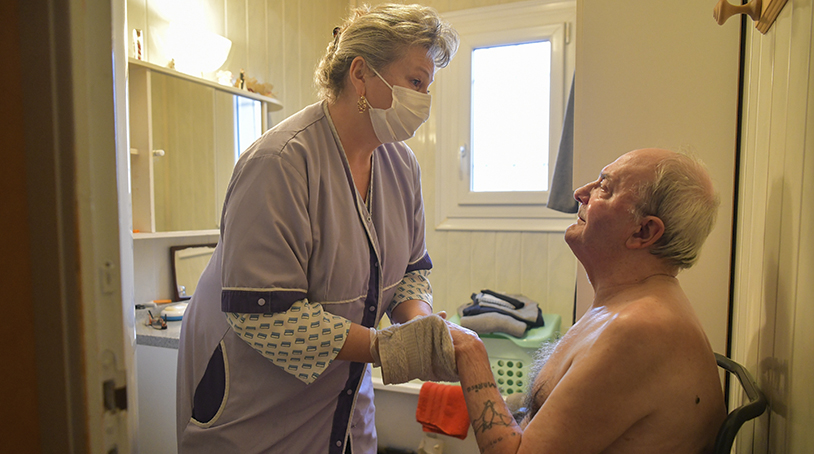