Morocco and the protest rap of young people

17% of Morocco's population is made up of young people aged between 15 and 24 years (in Spain the figure stands at 9.65%). We would talk about a country with a future if it weren't because, according to the World Bank, youth unemployment stands at 27%. Another report issued by the UN Development Programme (UNDP) indicates that 7 in every 10 young Moroccans plan to emigrate, the highest figure in the Arab region.

Faced with this situation, the young people of Morocco are rebelling. And they're doing it through different artistic expressions, including, of course, music. Hip hop, on a return journey from the West African griots to New York, has in rap the expression of condemnation used by young people all over the world.

Moroccan rap has a unique personality for its combination of Amazigh or Berber, African and Eastern sounds. The lyrics use the vernacular Arabic, Darija.

Muslim is probably the best known rapper. He started making rap in the streets of his city, Tanger. His is a social rap that denounces corruption and the life of a professionally educated youth, but without expectations.

Joining Muslim, a new generation of non-conformist rappers who clash with the government are now gaining strength. Among them is Mohamed Mounir, going by the artistic name of Gnawi. In November 2019 Mounir was sentenced to a year in jail for having posted a video on Instagram in which he criticised several police officers who had arrested him during a traffic stop in Rabat. Various human rights organisations have denounced the Moroccan Government for this and other repressions of freedom of expression. 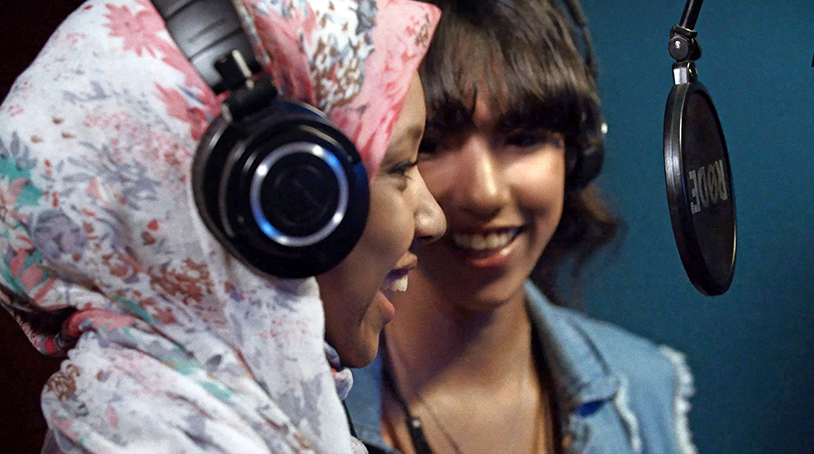