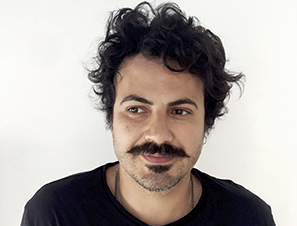 Born in La Laguna, Tenerife. Qualified as an Architect from the University of Las Palmas in Gran Canaria and completed his MA in Filmmaking Studies at the Elías Querejeta Zine Eskola. Founder and director of Lacørte Films, he has produced and directed works including the documentary Athanatos (2018) and the short films El nuevo vecino (2018) and Ojo por ojo (2019), best short film in the Canaries Short section of Lanzarote International Festival. Has been living in San Sebastian since 2017 and currently, apart from the release of the documentary Matxitxako, is working on the post-production of Morir antes de morir, a project he started at the EQZE and on which he was tutored by the Galician director, Oliver Laxe.