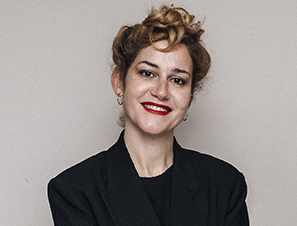 Screenwriter, director, producer and script consultant. She has written fiction for film and television and collaborated in the areas of scriptwriting and production of projects in Spain, Australia, Central America and France. She has worked as a jury and advisor for Proimagenes Colombia and has been a teacher of the MA in Creative Writing at the National University of Bogotá. An the beginning of 2020, she joined Al Borde Films, where she co-wrote and co-directed with Paula Iglesias the feature films Fabricando mujeres 2.0 (2020) and Norte salvaje (2022) and the short film Hondarrak (2022).