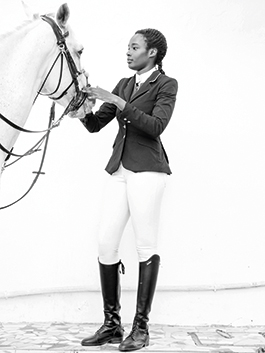 Afrotopia is a collective exhibition featuring a selection of works produced by 35 young Africans during the Acerca (AECID) workshops designed and taught by Héctor Mediavilla in Dakar (Senegal), Niamey (Niger) and Bamako (Mali) in November 2017.

The 58 photographs making up Afrotopia enable us to reflect on the environment, sustainability, globalisation, the role of women in society, the dreams and hopes of young people and tradition on the African continent.

The photography exhibition shares the premise and takes the title of the term minted by the Senegalese author, economist and musician Felwine Sarr: Afrotopia. In his book, Sarr suggests a new way of looking at the African continent, advocating mental decolonisation and proposing an active utopia in which the continent develops its own project, rethinking the current paradigm and distancing itself from the parameters imposed from the outside. 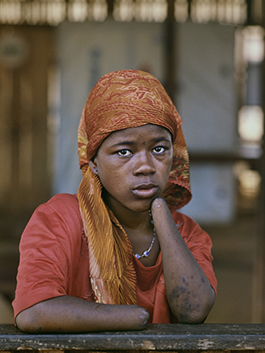 Women and children suffer tremendous inequality the length and breadth of the planet, an inequality aggravated in situations of armed conflict. Wars leave women in a highly vulnerable situation with regard to poverty and access to economic resources. Basic health services and care for mothers and children cease to exist, rape is used as a weapon and aggression between the different sides, not to mention gender violence, human trafficking and child marriage, is exacerbated during the fighting. At the same time, almost half of all people displaced by violence in the world are women and their gender means that they are frequently faced with greater difficulties in these situations.

The photographs of Gervasio Sánchez follow the stories of civilian victims in times of war, demonstrating that conflicts don’t end when the fighting is over. This exhibition concentrates on 40 of those unfinished stories, important narratives relating the patterns of violence experienced by women during armed conflicts, stories which highlight the fact that achieving peace and bringing an end to violence must necessarily involve inclusion of the gender perspective when searching for solutions to international conflicts and striving to achieve equality between men and women.

18th edition of art and human rights by children and youths 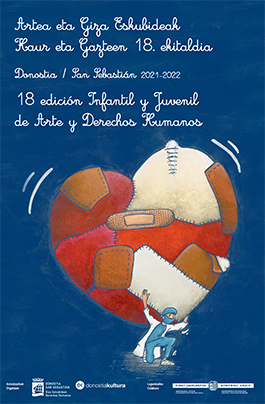 An exhibition of drawings and murals by boys, girls and young people between the ages of 6 and 18 for the 18th edition of Art and Human Rights by Children and Youths, organised by San Sebastian City Council’s Human Rights Department.

In this edition, marked by the Covid-19 pandemic, participants have been invited to reflect on the right to enjoy an adequate environment and the duty to look after it.

The event had the participation of 2,042 youngsters from schools, play centres, refuges, academies of art and personal submissions. The exhibition includes 1,457 individual and group works. Some of the creations express the importance of the right to enjoy an adequate environment, while others reflect on the harmful consequences of not respecting the duty to look after it.

The prizes will be presented on Sunday 3 April. 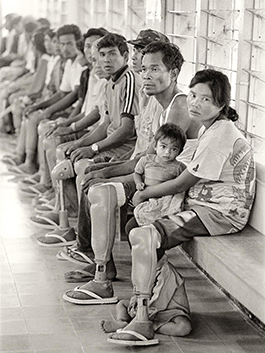 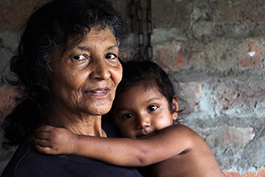 Discarded is an exhibition by the journalist Marc Espín following the everyday lives of 15 elderly Salvadoran women in the rural communities of Tecoluca, in the lower Lempa river valley region. These are women who have been forgotten by the State and by society, in whose stories of resistance we find those shared by hundreds of thousands of elderly women throughout Central America.

Discarded is not only an exhibition about El Salvador. It is a space for conversation between generations and regions and asks us awkward questions about this brutal world in which we live: how should old age be perceived and lived? Is it possible to continue rejecting, discarding, so many people? What does it mean to be an elderly woman here or to be one there? What responsibilities do our privileges entail?

These 15 portraits and stories documenting the abandon of elderly women in El Salvador are accompanied by a series of videos proposing a dialogue between these women and their counterparts in San Sebastian in the shape of cross interviews.

April 7 (18:30): Round table: Ser mujer y mayor, reflexiones desde el feminismo (Mari Luz Esteban, Raquel Riba and Marc Espín). The act will be introduced by an artistic intervention by the Egia elderly theater-dance group ON DO KO, accompanied by three musicians from EGO and Musikene, with the artistic direction of Mafalda Saloio. 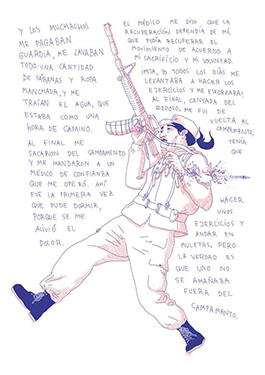 Fnac offers a look at the process of creating the winning graphic novel of the XIV Fnac Award – Salamandra Graphic, a remarkable exercise in graphic journalism on violence and social conflict in Colombia following the Peace Agreement brought to us by Gala Rocabert Navarro and Anna-Lina Mattar.

Midway between graphic journalism and field research, drawing on the potential of the comic, En el ombligo documents the journey of Gala, a young Catalan sociologist, to a camp of former men and women guerrilla fighters during the three years following the signing of the 2016 Peace Agreement in Colombia.

In Pondores, La Guajira, Gala not only finds a territory and men and women comrades used to the physical slog, the discipline and the pain of war, but also other ways of relating with nature, working and building as a community.

The novel, written by Gala Rocabert Navarro and illustrated by Anna-Lina Mattar, is a work of connections and contradictions investigating the need to know the world and the values of others in order to be able to take a stance on distant social problems, and to construct a fair historical memory.