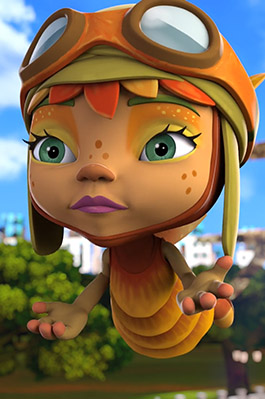 In a global world increasingly cut off from the natural environment, there are still people who tell stories about trees... fantastic beings with powers beyond our imagination. And from the moment their seeds germinate, every tree has an inseparable companion in the shape of an elf. Together they will grow, flower, suffer.. Their fates are forever entwined. They come into the world and will die together, or at least that's what the ancient legends tell us. But what about the trees in the city? Today they are in danger. The trees die and, with them, their elves. There's only one way to help them... Save the tree! 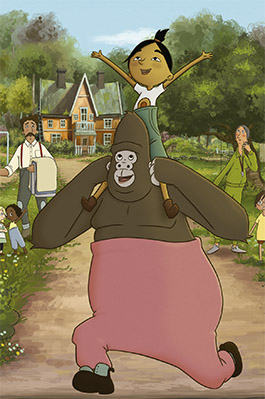 Jonna is a very happy little girl and can't wait to be adopted. Whoever takes her in, she'll be content, as long as they love only her. When a potential mother rolls up to the orphanage in an old car and opens the door, she can't believe her eyes. A gorilla! Jonna's not sure that she wants to leave with an enormous clumsy primate. But the girl and the gorilla soon put their physical differences to one side. Will this delightful relationship survive the cunning wiles of a local authority worker and their determined efforts to drive them apart? 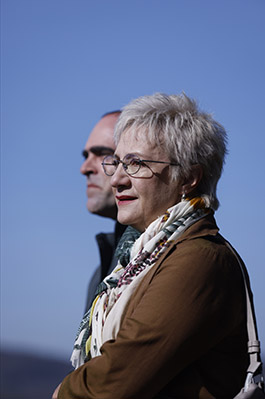 In the year 2000, Maixabel Lasa's husband, Juan María Jáuregui, was killed by ETA. Eleven years later, she receives an incredible request: one of the men who killed Juan wants to meet with her in the Nanclares de la Oca prison in Álava (Spain), where he is serving his sentence after breaking ties with the terrorist group. Despite her reservations and her immense pain, Maixabel Lasa agrees to meet face to face with those who ended the life of the person who had been her companion since she was 16 years old. "Everyone deserves a second chance", she said, when asked why she was willing to confront the man who killed her husband.