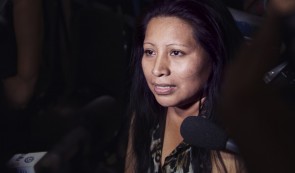 The criminalisation of abortion

The documentary follows the struggle of Teodora Vázquez and The Seventeen in their struggle to regain their freedom. Under the law in El Salvador, they have been sentenced to 30 years in prison for having had an abortion. While their cases and testimonials highlight the violence exerted on the women in that country by the State, they also tell the story of collective resilience, solidarity and sisterhood.

This is the story of the journey undertaken by Teodora from the prison in which she has been held for eleven years at the start of the documentary, until becoming an activist in the defence of women's rights.